The G.I Joe Action Soldier (7500) was the flagship figure of the line, and was first released in 1964.
He remained in production through the end of the military series in 1968.

The case above and below is a 7500 Action Soldier shipping case that holds a dozen boxed figures.  Imagine being the Woolworth's employee that opened this up one day in the mid 1960s.  The figures are not original to the case, but there are a full dozen in there.  Each of the other four services was shipped to retailers in a similar case. 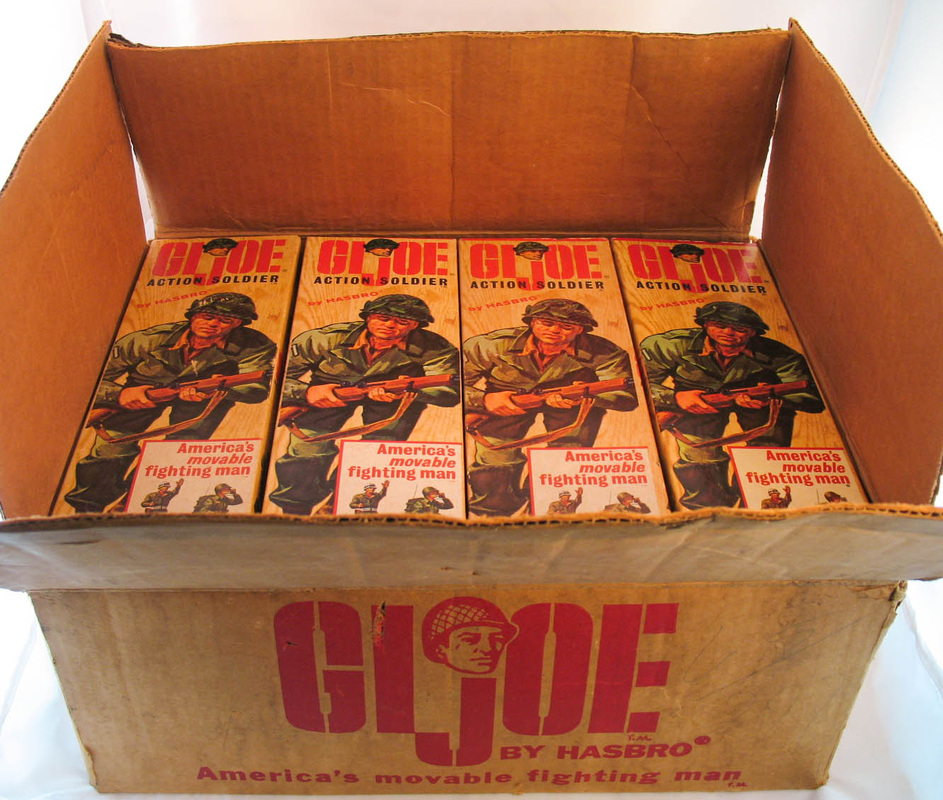 Boots, fatigues, cap, and dog tag information will be found here.
There will be more to come in this section!
Information related to bodies and heads applies to all GI Joe figures.  We'll start with the earliest production...
The set pictured here is assumed to be a salesman's sample boxed soldier.  Note the box art only has a red square in the lower corner, not the graphics of the finished version.  The figure is marked on the lower back, in this case with a brand.  This was done before Hasbro added the mark to the figure's butt.