GI Joe finds a map guiding him to hidden treasure, but can he retrieve it without falling prey to a mysterious threat known as "The Eight Ropes of Danger?"
The Deep Sea Diver was given a storyline with the addition of a map, treasure chest and octopus in The Eight Ropes of Danger (7950).  Please note that the buoy, gloves and knife in the spin above are my addition and were not necessarily included in the set.  The weight belt should be the version with just four metal weights and no crotch strap. 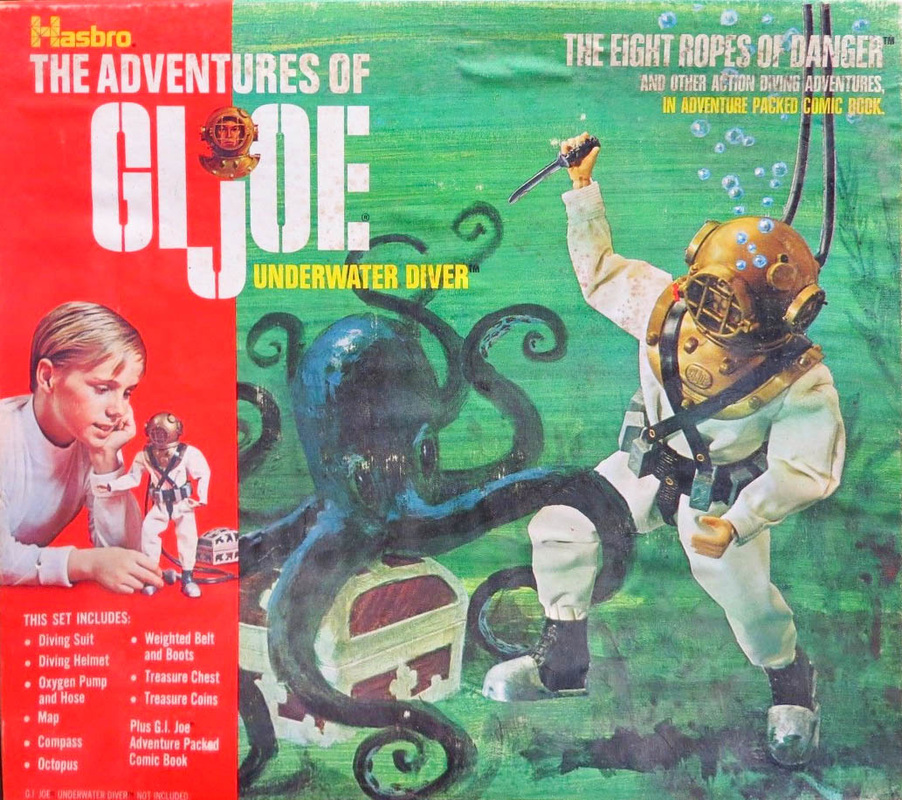 One of the best 1969 variations is the two-tone treasure chest, molded in brown swirl plastic with a separate silver plastic overlay to represent iron bands on the chest (above).  This could not have been available for very long, as the bulk of chests found are molded in the same solid brass colored plastic that was used for the Deep Sea Diver helmet.  This chest is found both in this set and The Shark's Surprise