The flashing Atomic eye and clear mechanical limbs tell you that you are holding Mike Power, Atomic Man (8025).  Mike Power was the first painted hair figure since flocking was introduced, but would not be the last when you consider Bulletman, the Intruders, and the low-end blow molded Defenders figure.  Mike Power came with brown shorts and a camouflage shirt that used the same pattern first introduced with the AT Jungle Survival set.  He also included a hand-held helicopter blade  he could twirl to fly off to adventure.  This was necessary because if he tried to run with just one Atomic leg he would end up going in circles. Later issue Atomic man figures have been called "Malibu Mikes" by toy maven John T. Marshall because their hands and limbs are molded in a more tan colored plastic.  The one shown at the very bottom of this page is an example of that variation. 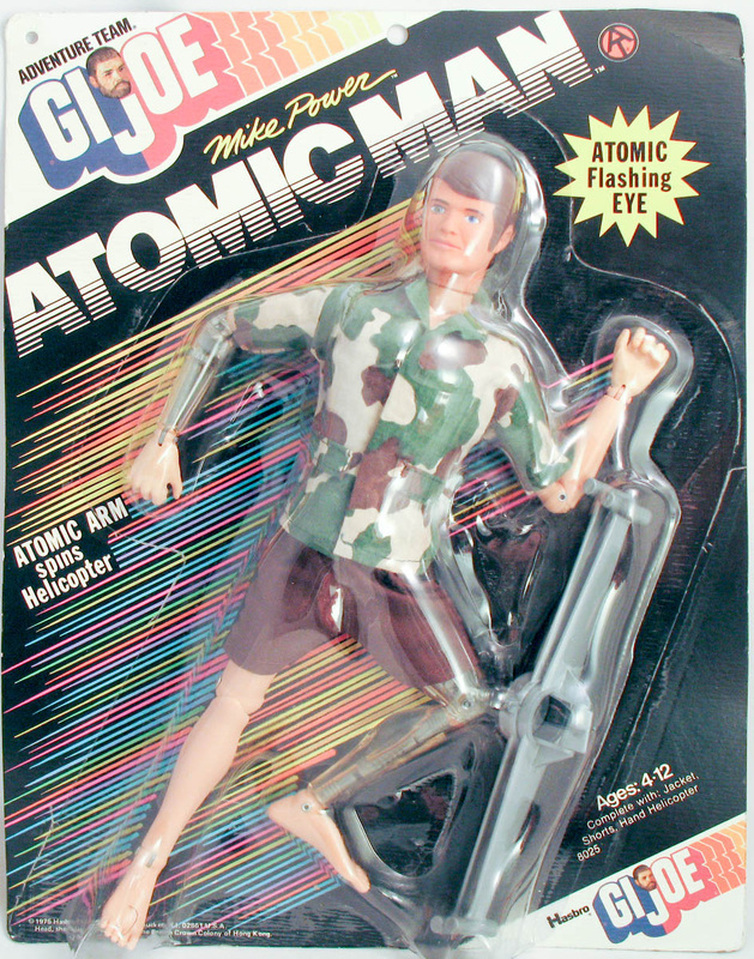 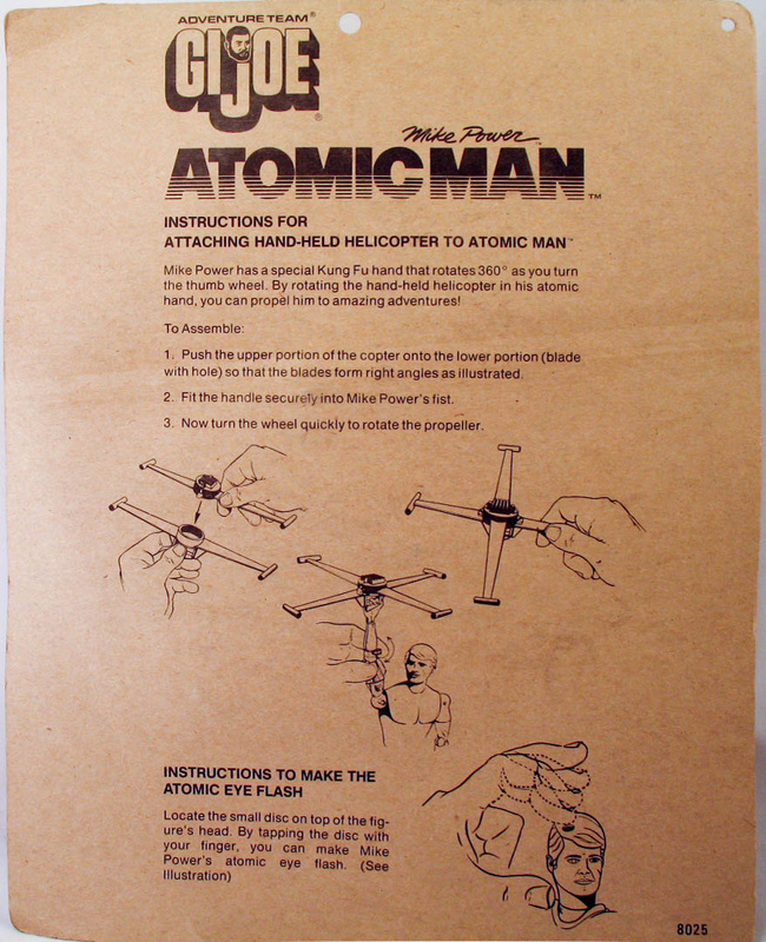 The Adventurer box contains the wrong figure (a Land Adventurer) dressed in the Adventurer's uniform, with only one minor change- the figures lips have been painted an odd orangey-pink.  The collar of the shirt is sewn shut on the figure just above the top button.  Apparently someone wanted the shirt to stay in place.  This was sometimes done when photographing figures.  The other box, however, contains what is apparently a prototype of Mike Power's "Bionic" (later "Atomic") arm.  This interesting find shows the genesis of the Atomic Man.  It also makes one wonder, did Hasbro produce a prototype of a black bionic figure, and, if so, where is it today? 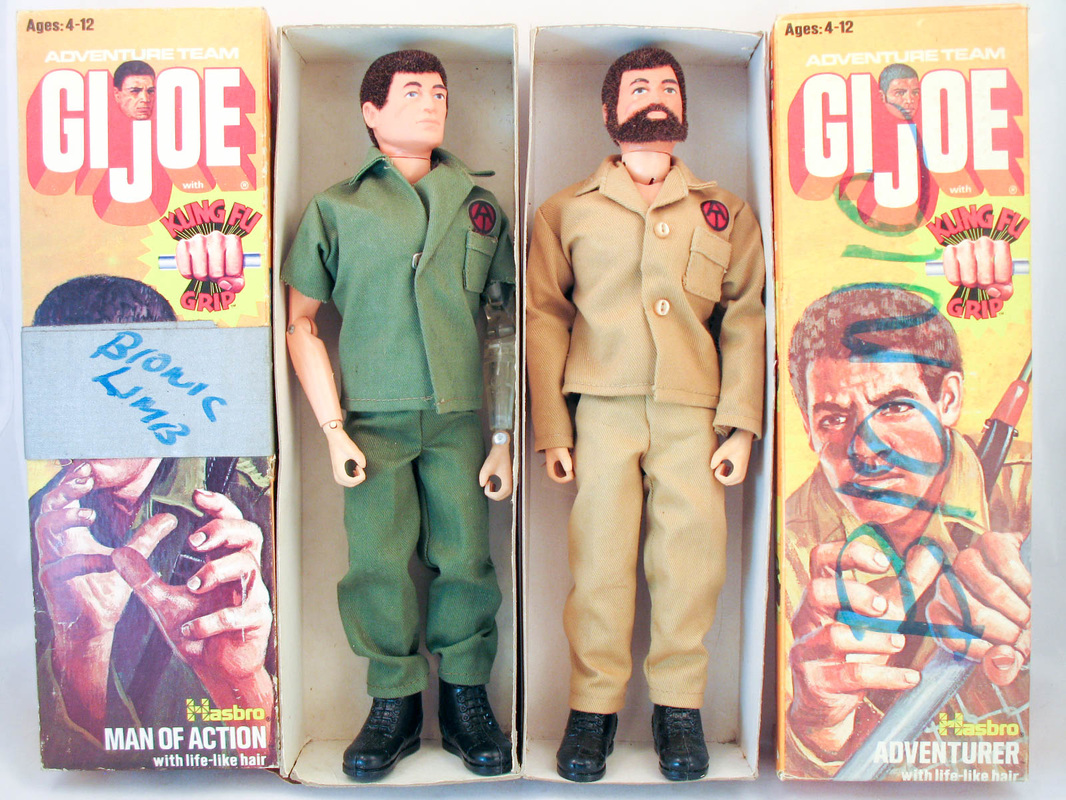 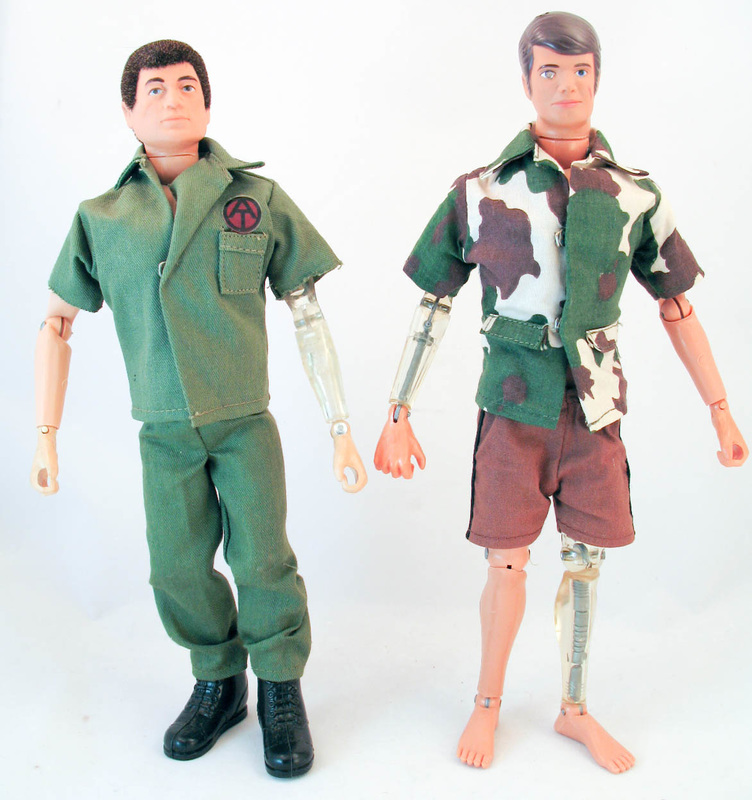