The 1967 Desert Patrol Jeep (8030) was Hasbro's effort to cash-in on the TV hit The Rat Patrol.  It's a high demand item with clean styling and a few easily broken pieces, like the gun ring and antenna which are always hard to find.  The included driver usually came dressed in the same uniform, right down to the British style stripes, as the Australian Jungle Fighter.  Some claim the jacket later used for the 1969 Mouth of Doom set first showed up here, but I'm not aware of any boxed examples that show that.  If you have one contact me if you would like to share it.  There are also reports of a version with long pants. 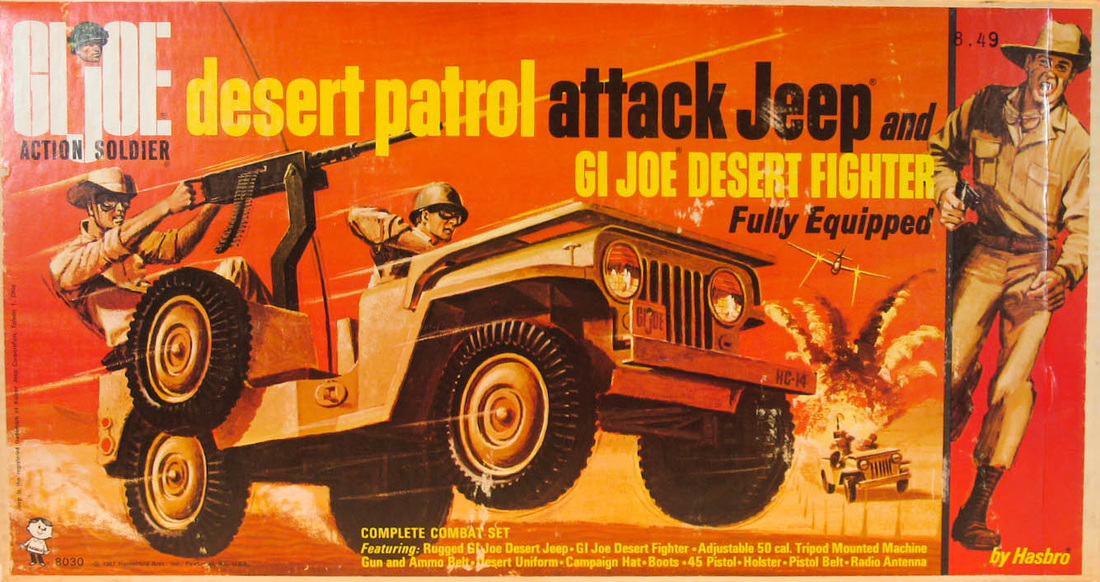 The front and back of the box.  There was also a bilingual version of the box sold in Canada that had the back printed in French.  If you can share an image of that box, please contact me! 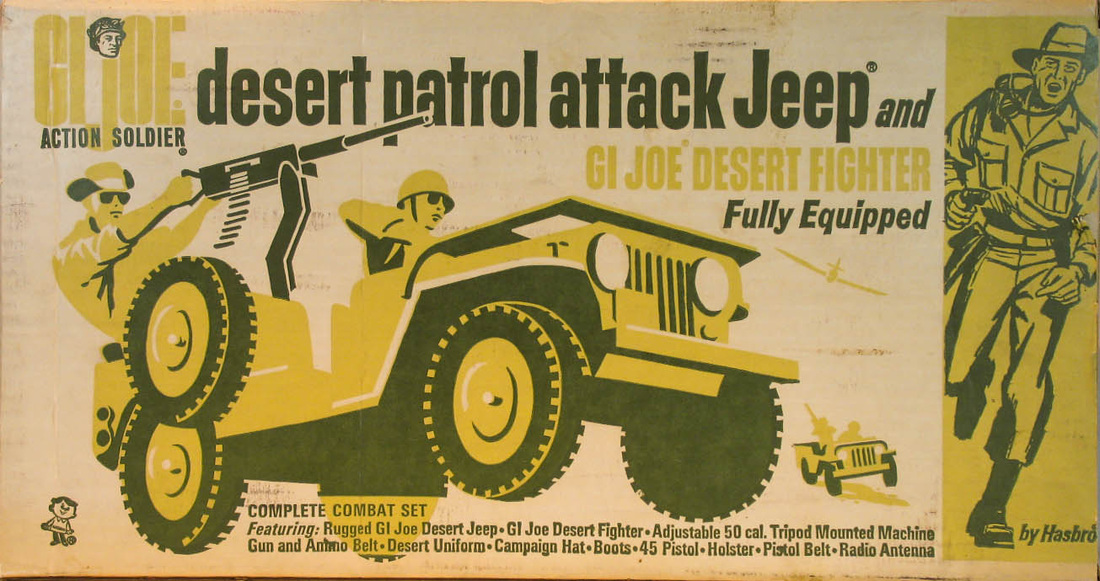 Dave Gilberti shared these nice pics of the Canadian release version with French screen printing on the back and end!