Sabotage (7516) came out in 1967 and returned for 1968 in a photo box.  The set has a fantastic variety of gear, most of which was so popular that it became the foundation of the "Secret Mission to Spy Island "  in 1969 and again in 1970-74 and "Secret Mission" sets that were available right up to the end of the Adventure Team era. 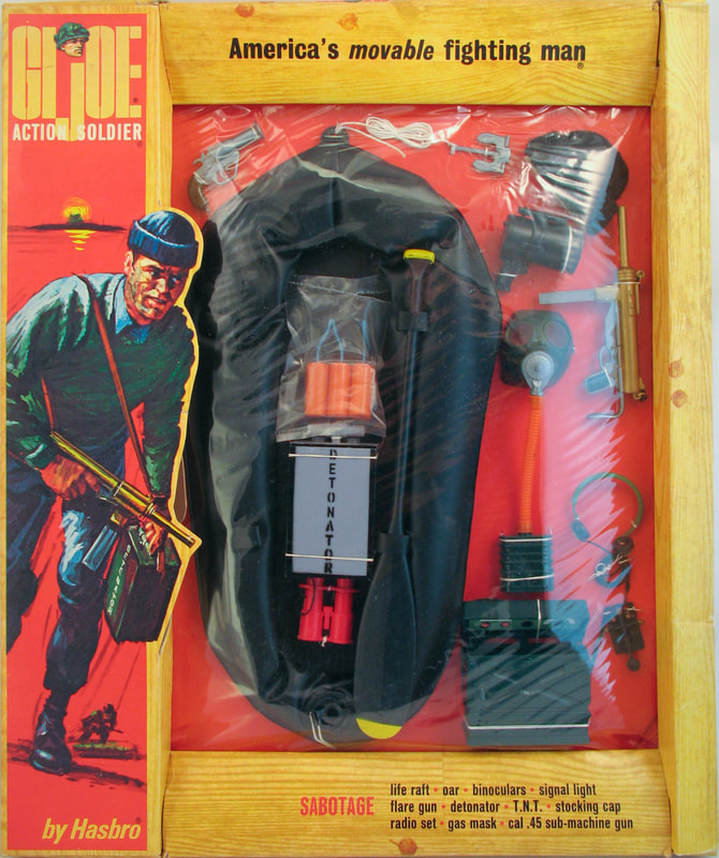 The very rare 1967 window box is above.   Dan Whitton, one of the top collectors in the hobby shared the image of the photo box below.  He can be found selling both GI Joe and great vintage militaria on eBay.

Parts of this set were issued over a long period, so there are a few significant differences between Sabotage and the later Spy Island versions.

The earlier raft has four lifting rings attached to the sides, includes an anchor, and the oar has a yellow tip and grip.  The black watch cap is knit and was transitioned to a rubber version in 1969.  The detonator has a strap handle in the earlier version.  The gas mask was omitted from post-68 sets.

Because the 1969 was a transition year, there may be  back stock of sabotage items found in some early Spy Island boxes.