The Deep Sea Diver (7620) is one of the top sets of its era.  It was designed so air blown through the hoses can inflate the suit and float your Joe to the surface from the depths of the pool or bathtub.  Incredibly popular, the set ran (with a few changes) from 1965 right through the Adventure Team era, last being available in 1973.  The spin above features a rare first issue version, see below for more details. 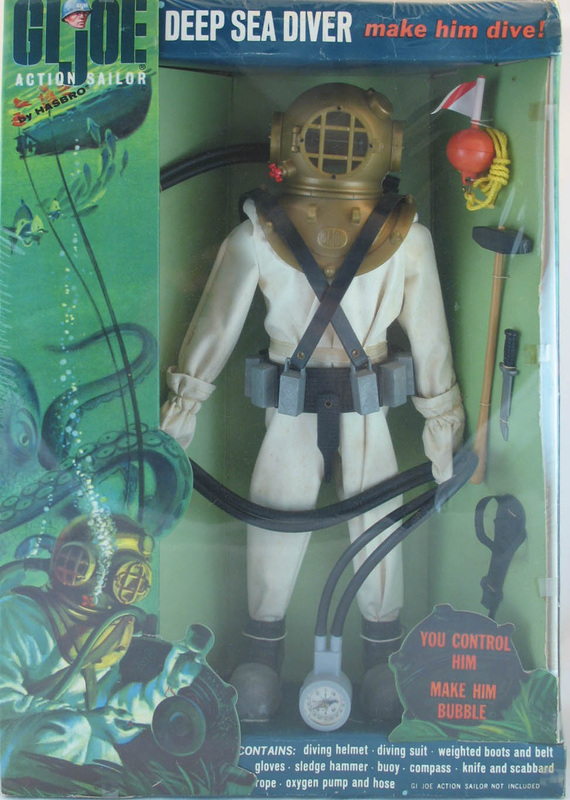 First released as a window box in 1965 (above), it was re-released in a 1968 photo box (below).
The spin above is the standard military era version of the set, with the helmet molded in metallic gold plastic.