For 1967 the classic MP  got a facelift.  The uniform was reissued first in tan  and then in a vibrant green (see the below).  The 1967 window box release held the tan set, and the 1968 photo box held the green.  Both sets are tough to piece together, but the window box is one of the rarest GI Joe packages.  I've only seen a couple in over twenty years of collecting.  The addition of the striped helmet and field radio gave a whole new dimension to this great set (7539). 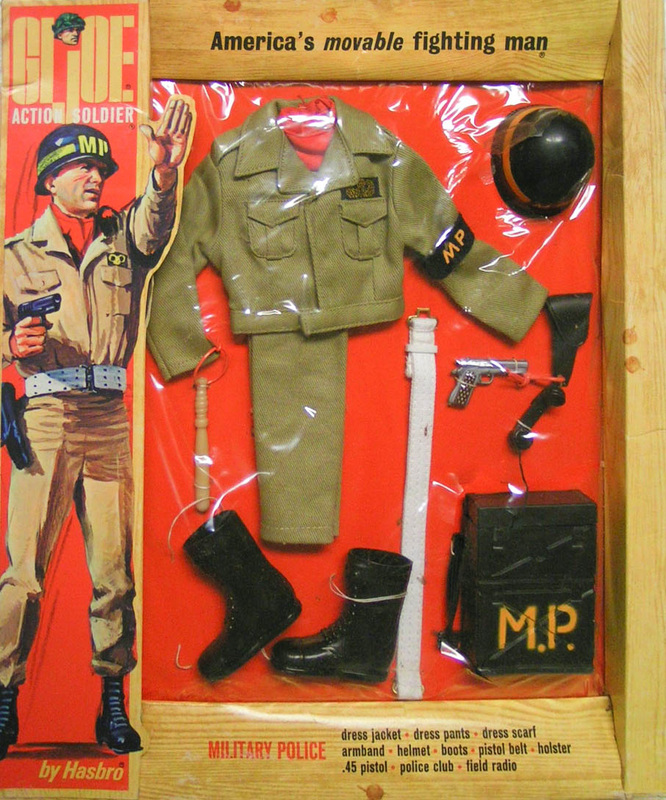 This ultra rare 1967 window box appears courtesy of Dan Whitton, one of the top collectors in the hobby.  Dan is a super knowledgable resource.  He can be found selling both GI Joe and great vintage militaria on eBay.
The 1968 green version of the set.  This has been called 'teal green' and 'jade green' but neither name captures the color.  Like the Marine Jungle Fighter, the color is fugitive, so it should never be washed or exposed to direct light for very long. 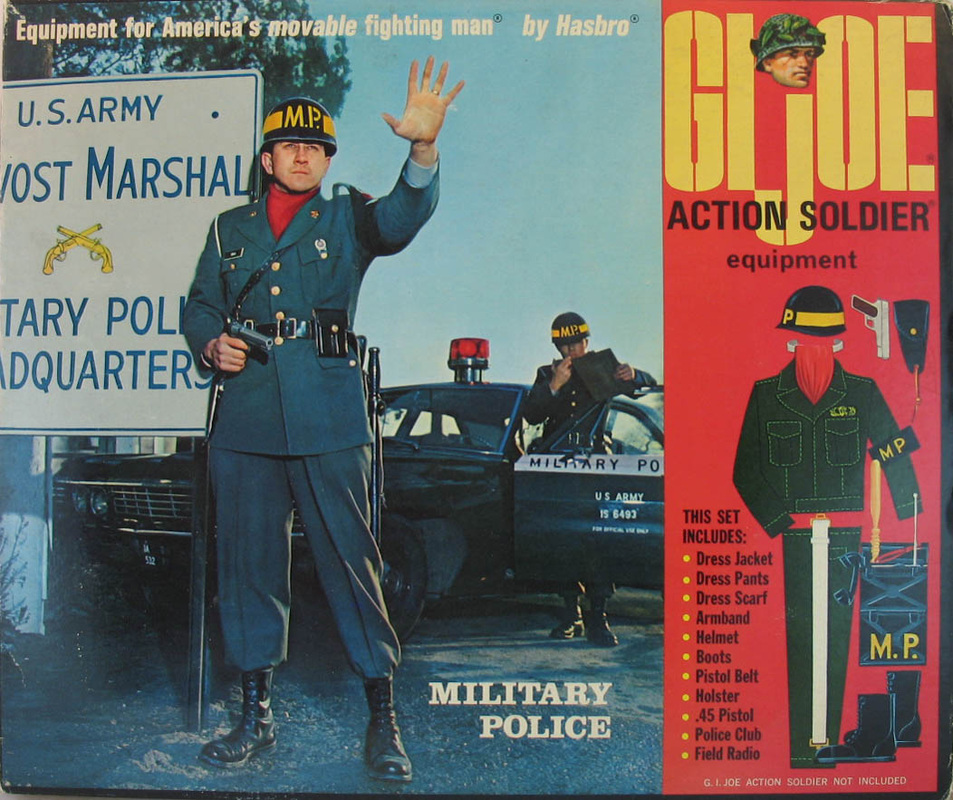 The photo box cover (above) and contents (below). 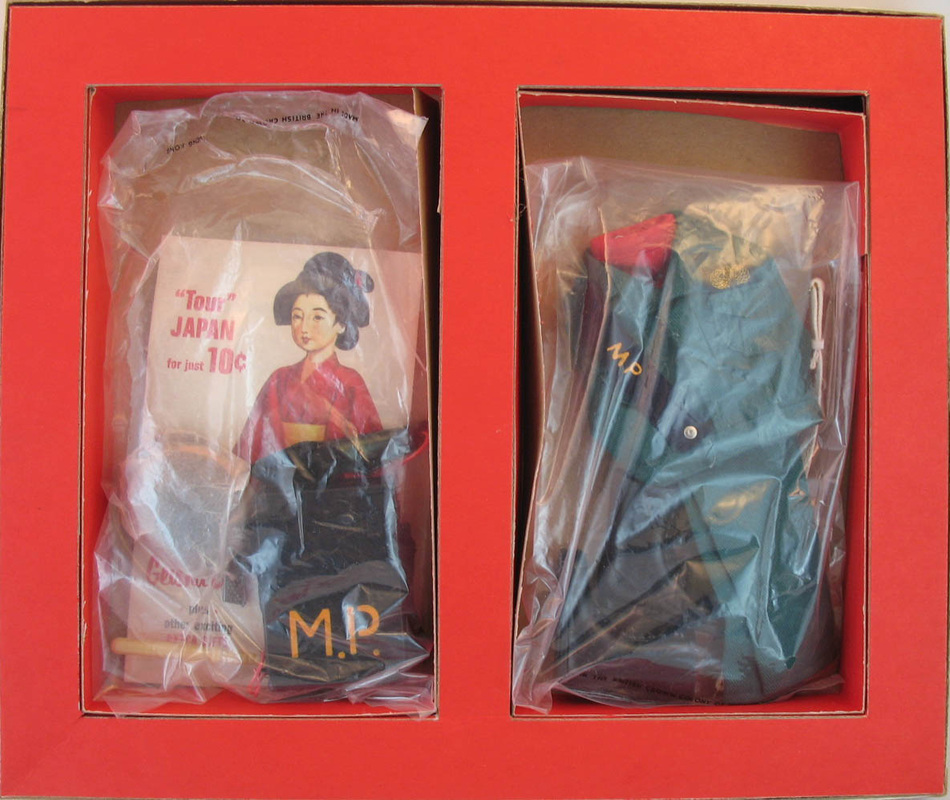