The Adventure Team Talking Black Commander  (7291) came back in 1976 with a new set of voice commands and the talking mechanism moved to face the figure's back with the pull string exiting at the top of Joe's left shoulder.  While most figures had the new voice box, Hasbro also used up the original version of the talking device in Life-Like figures, so they can be found issuing the original commands as well.  This seems to be more common with the black version of the Life-Like Commander.  The 1976 Talking Commander is very hard to find in the box.  It came carded under a plastic bubble in an orange frame box with a one pocket green commander's uniform, shorts, boots, and a black hunting rifle.

Image of the very rare box below courtesy of Joezeta.  See his eBay auctions here! If you can supply a sharper image of the box, please contact me! 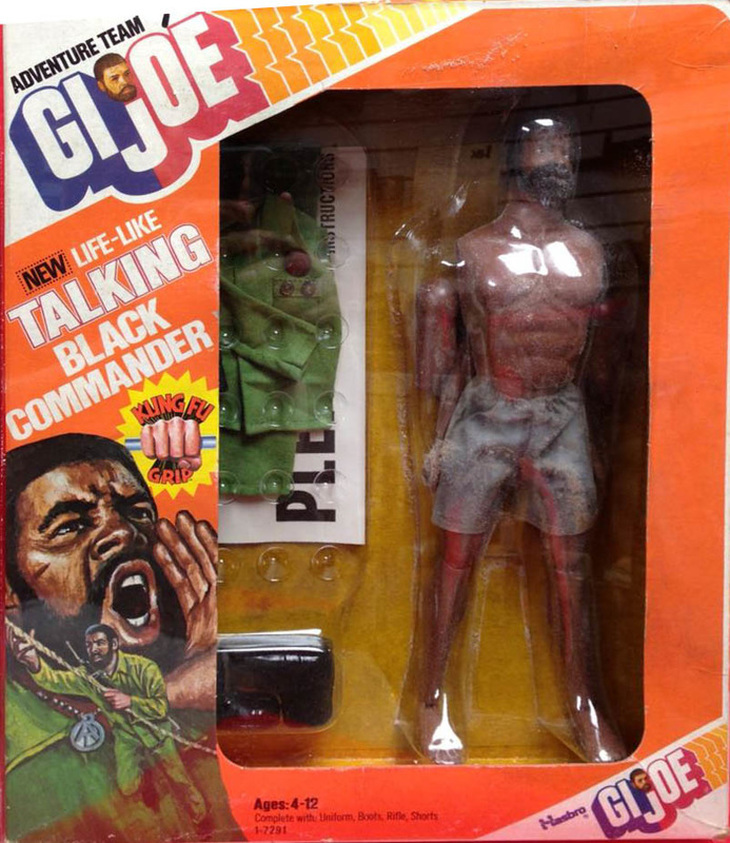