Search for the Abominable Snowman

The Pygmy Gorilla's arctic cousin makes his appearance in the 1973 Sears exclusive Search for the Abominable Snowman (7430.16).  The set recycled more than the gorilla mold, including skis and poles (with some modifications) from the military era Ski Patrol & Mountain Troops sets, the chest from Fight for Survival, and an unpainted version of the sled from Deep Freeze.  The goggles are a new version with tabs on the side and a rubber strap, a style borrowed from Joe's British cousin Action Man by licensee Palitoy.  The box comes in two versions, one with and one without the phrase "For Ages 4-12." 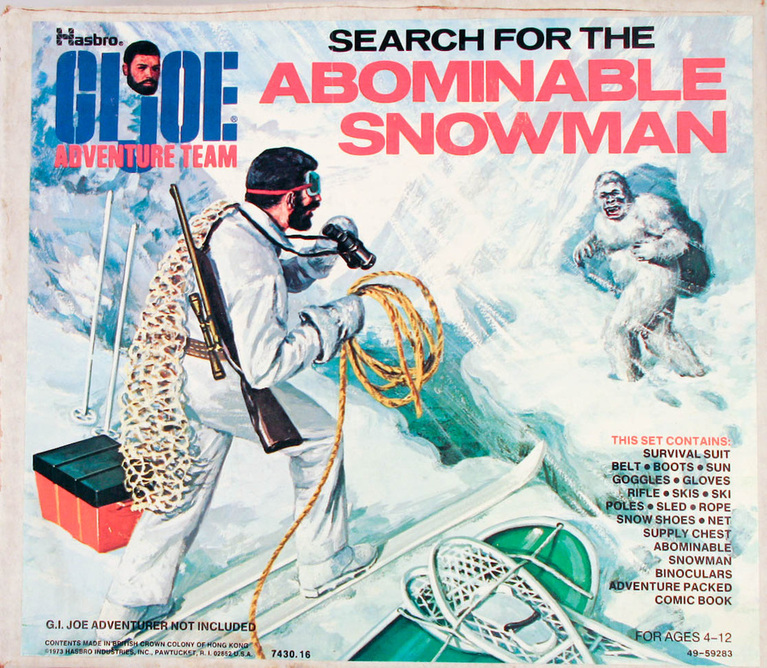 Sears' advertisement for the set in 1973. 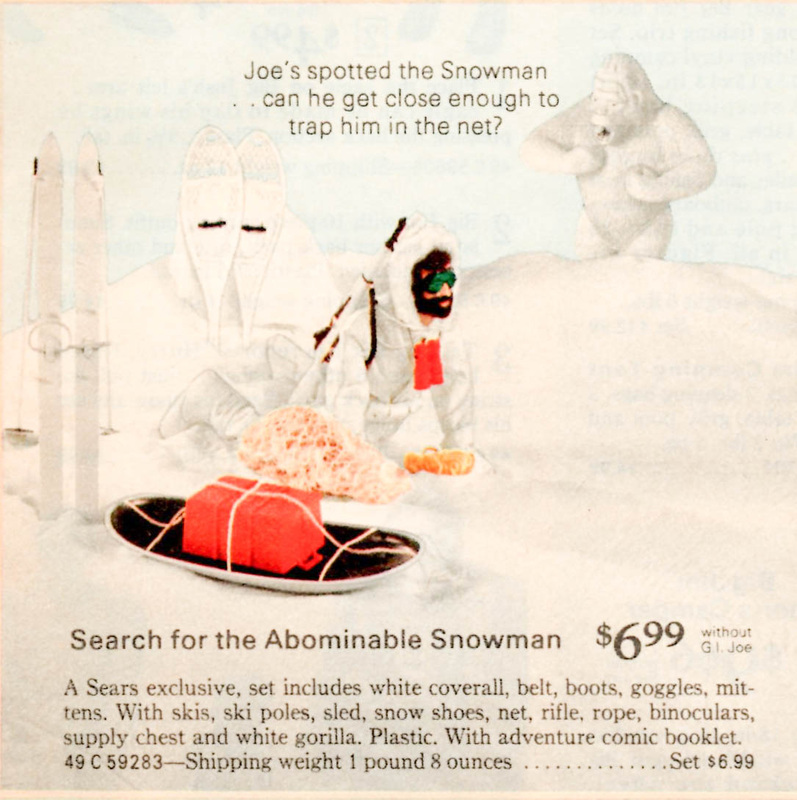 The hard to find tan version of the suit,