The Adventures of GI Joe series was ambitious in that it expanded the line in a brand new direction and required a good number of new or modified accessories.  While still of good quality, certain accessories began to be simplified or lose complex paint applications to reduce production cost.  A number of the sets were 1969 only, while others became mainstays of the Adventure Team line.  Each set came with a mini-comic that suggested stories to play out, perhaps presaging the character driven play of the later "A Real American Hero" line.

Click on any image to load the spin, or click the button below it to go to that set's page. 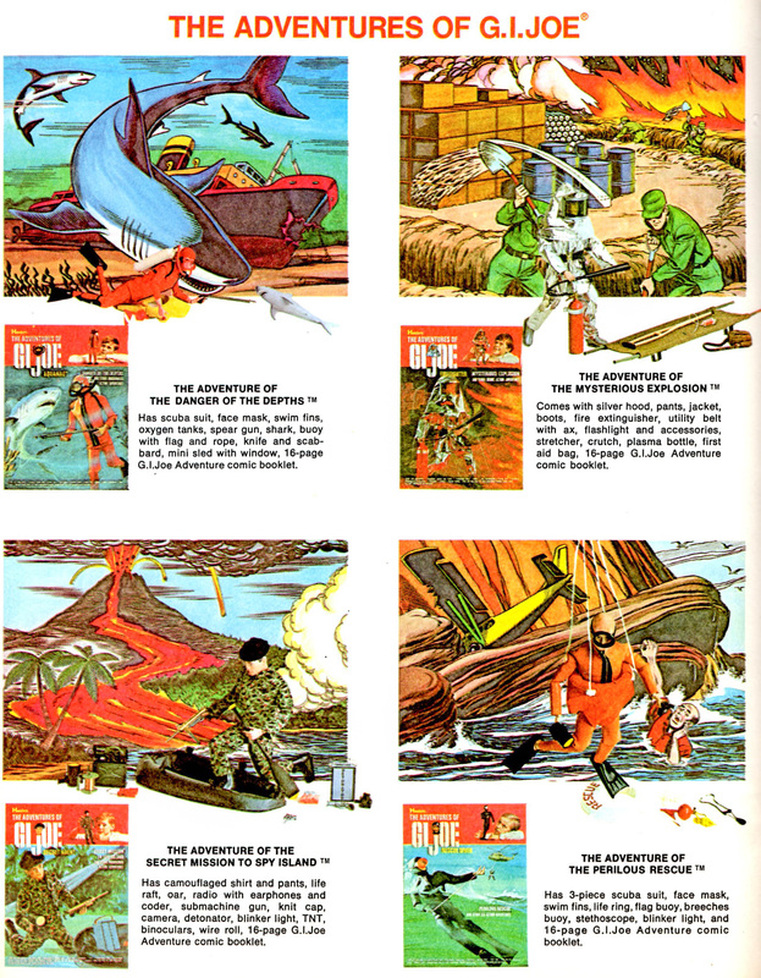 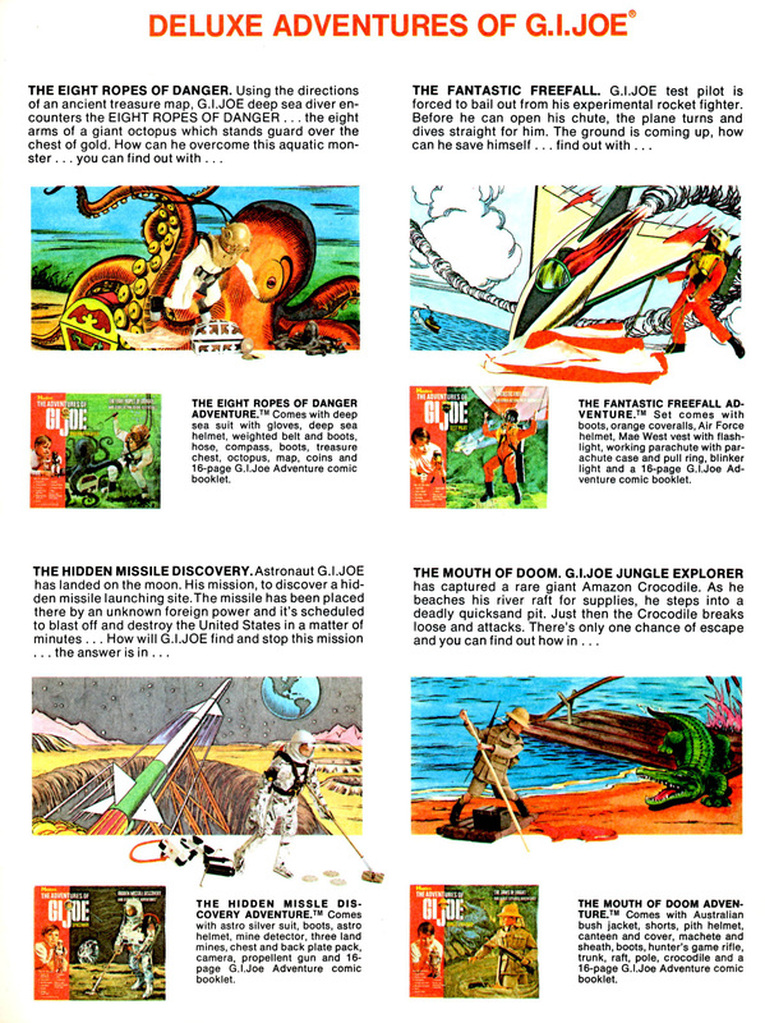