One of the most popular and longest running Action Packs, the Rescue Raft (7350) was available from 1971 right through the end of the line in 1976.  In 1975 the box changed from a blue to and orange background.  The late issue type had rubbery vinyl straps instead of the original elastic ones.  These late straps can sometimes melt the styrene of the pack itself and cause damage.  The Rescue Raft was also available as part of the Escape from Danger Sears two-pack, and it's design was recycled in 1975 for Attack at Vulture Falls 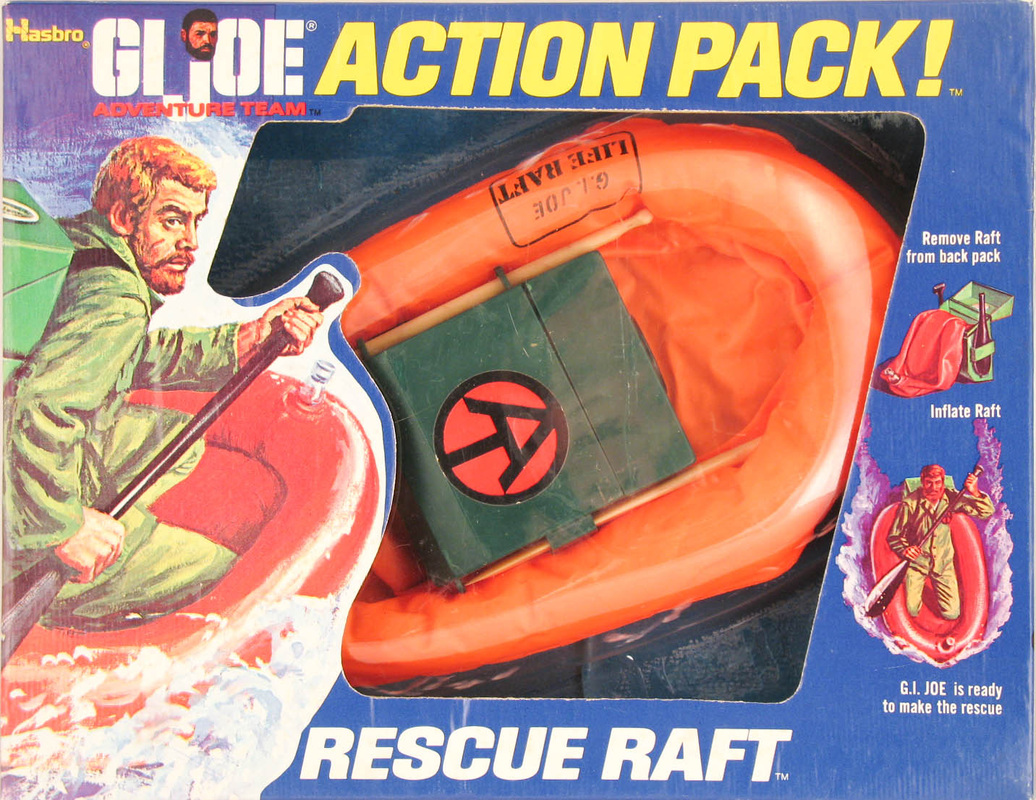 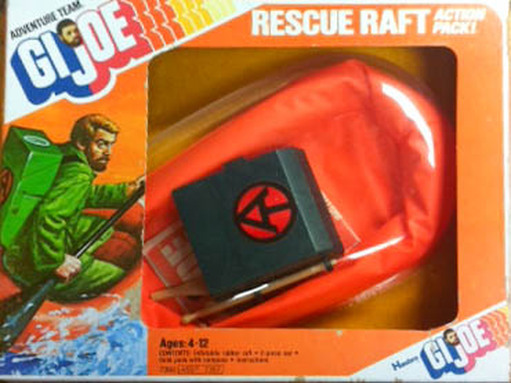 The image to the left is the rare 1975-76 boxed version, courtesy of Joezeta.  See his amazing auctions on ebay here.