The sharp looking Ike jacket really makes the Military Police set (7521).  This may be the uniform with the most variation in color, and it can be maddening for collectors to track down all the types they seek.  See notes on variations below.  An early 'tm'  brown Hong Kong set above, the rarer Olive Drab version below.
Below, a comparison spin of an early brown and a green set.  the brown uniform has a no country of origin tag, the green is tagged 'GI Joe TM Hong Kong'
Below, a later Japan tagged set. 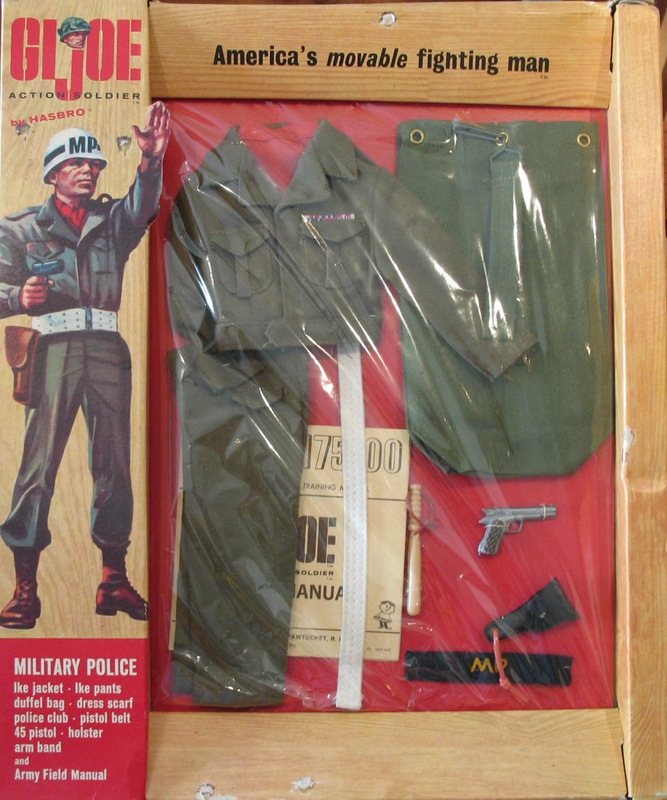