The Action Pilot Dress Uniform (7803) makes GI Joe an Air Force Captain.  Despite the glorious history of the USAF, when I was a kid it made me think of Major Nelson from I Dream of Jeannie. 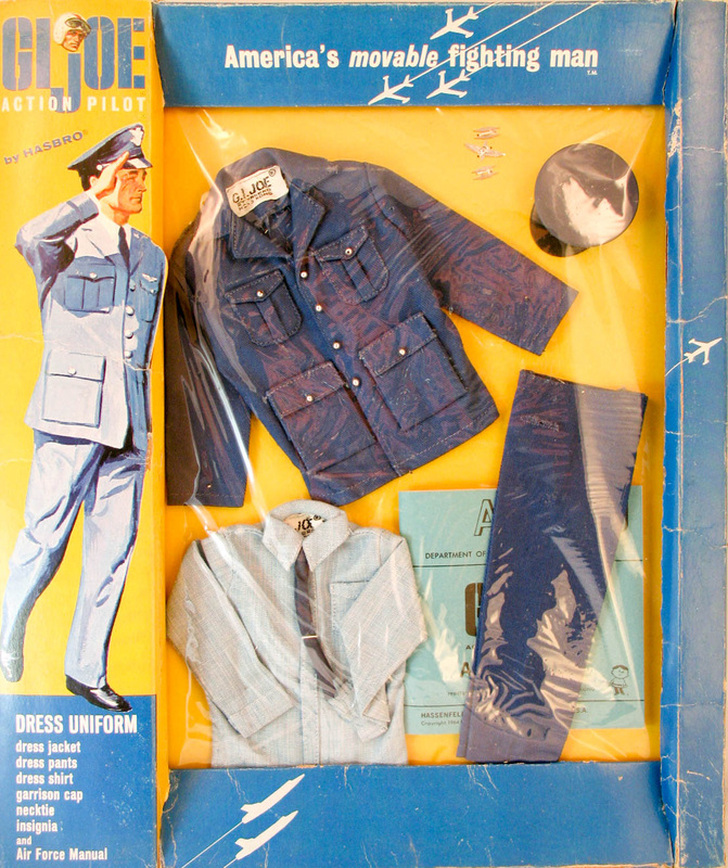 The dress uniform was a also available as a set of three tough to find small cards, 7804, 7805, & 7806.  Images of small cards courtesy of Vectis Auctions Ltd.
There has been a suggestion that the oak leaves on the figure below may have been taken off the oak leaf clusters on actual military medals and added to the uniform.  It's an interesting question whether this was done by a kid as an early customization, or by designers looking for a quick scale stand-in until the bars were produced. 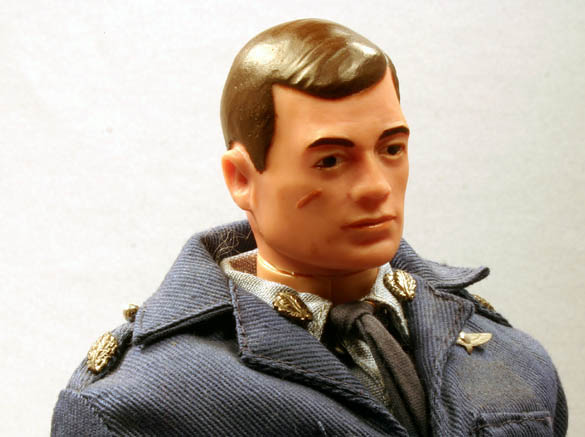