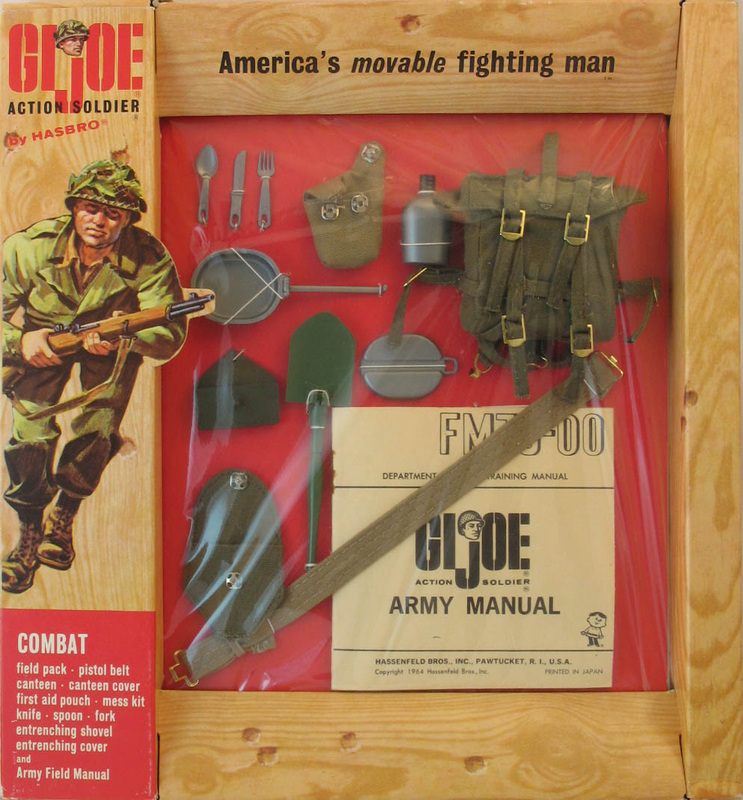 The Action Soldier combat sets are GI Joe essentials.  There are many variations, and the items were available in a number of different packaging configurations including cards, window boxes, and some Sears exclusive and extra value sets.   Originally called Combat Reconnaissance, the Combat Field Pack Set (7502) is above, Combat Attack set (7501) is below. 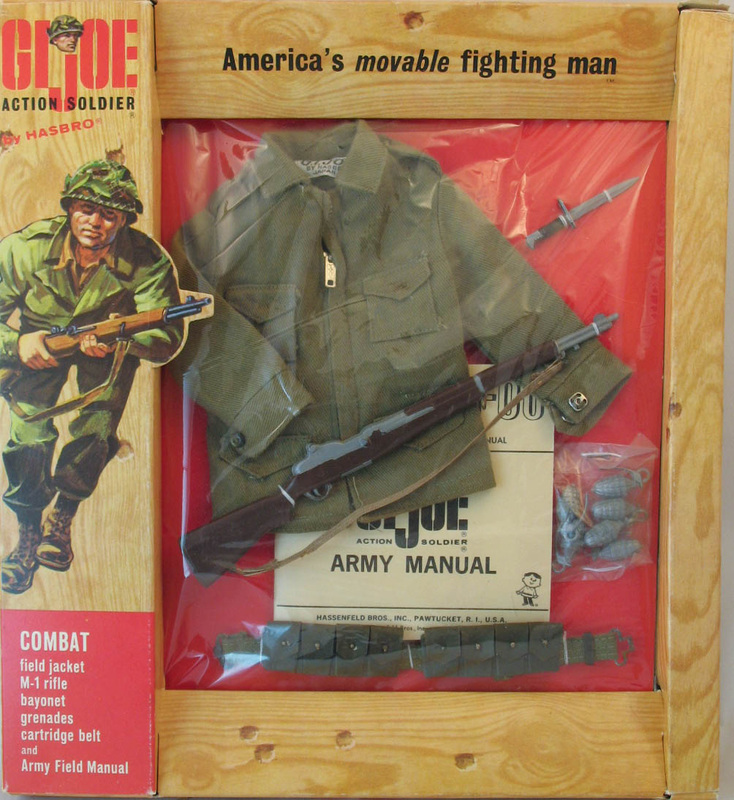 Combat Helmet (7507) & Combat Sand Bags (7508)
Images of three sets above (7505, 7506, & 7510) copyright and courtesy of Vectis Auctions
Combat Mess Kit (7509).  The early tm/tm example on the right courtesy of collector Anthony Gunter.  Note the alternate configuration on the earlier card.
Ready for the charge!

There are a ton, and I'm probably missing a few here, so if you can fill in some blanks, contact me!  See canteen and mess kit variations on the Bivouac page.  Boot and fatigue varieties will be available on the Fatigues and Basics page.