The Navy attack series includes three sets, available as a small window box and several cards,  The major variation is a yellow or 'goldenrod' version of the bulky life vest.  While not uncommon, the yellow vest is hard to find in the package. 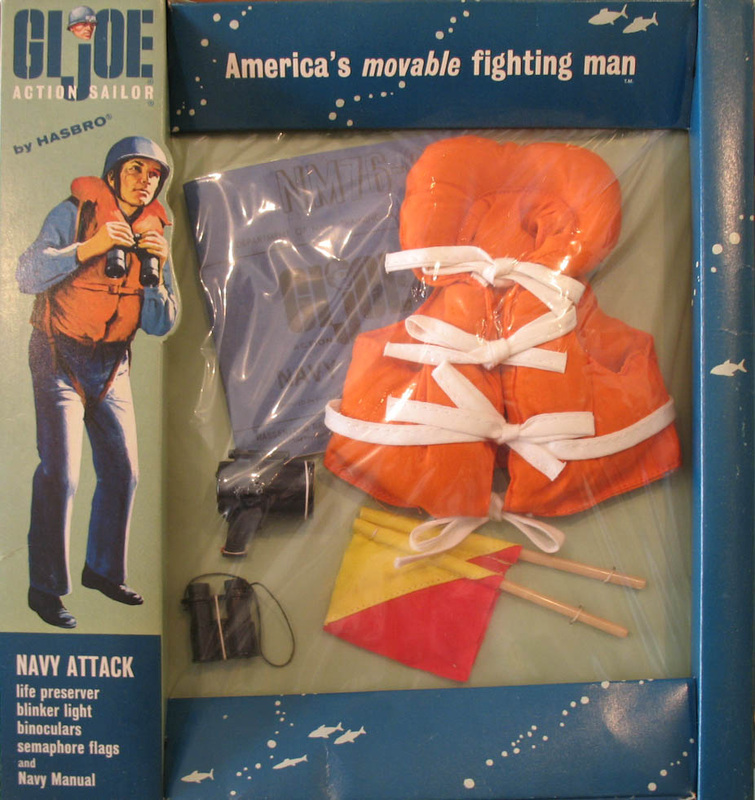 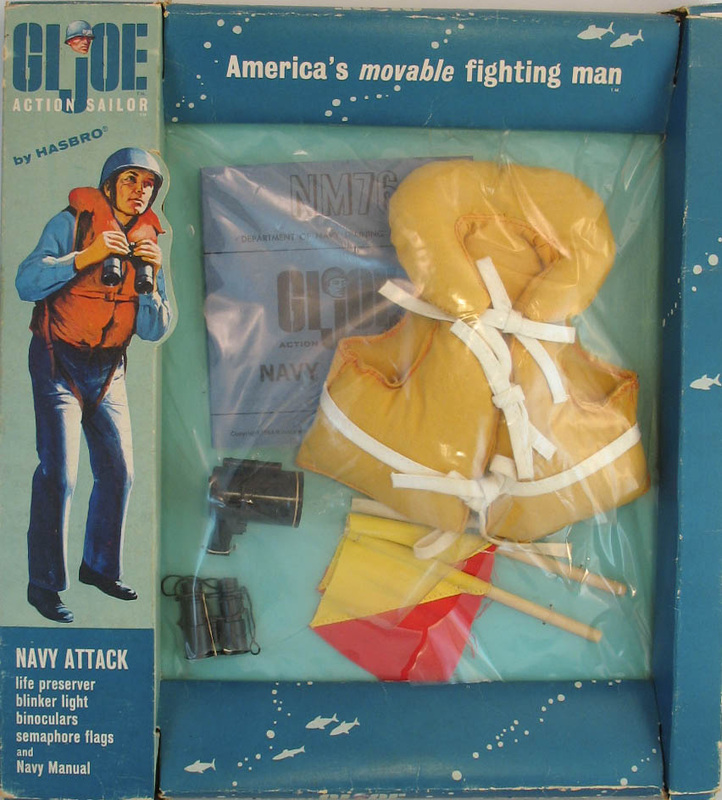 The yellow vest is an early item, but was likely produced at the same time the orange version.  The same is true of the Action Pilot jumpsuits
Navy attack small cards.  Life vest (7611) & Helmet (7610).
Image of Machine Gun card (7618) copyright and courtesy of Vectis Auctions Ltd.